Over 25 Years of Hits

POWER RECORDS, a division of Power Entertainment, is one of the first independent record labels to enter a joint venture with Time Warner/Atlantic Records. POWER RECORDS is an Atlanta based company that originated in Saginaw, Michigan and has been in business for over 20 years. Considered a label ahead of its time, POWER RECORDS applied an intrinsic sales business savvy that leveraged invaluable relationship producing over $100,000/ week in sales. This was at a time when there were no FaceBook, AppleMusic or Twitter; when independent labels were a blurred notion.

Leroy McMath, Founder of POWER RECORDS, is a visionary in the record industry. McMath quietly earned his stripes, often as a behind the scenes mastermind, in support of the talent he recognized. McMath had a vision and an interest in the music industry and launched his idea in the late eighties by way of a progressive dance club called "The Scene” which generated a state wide reputation as the starting ground for rising talent. McMath's innate talent as promoter and producer surfaced when the group Ready for the World and B.A.D premiered at the club. He invested his personal savings in B.A.D and took the young group under his wings. The talented R&B and rap artists surrounding him led the way to McMath finding POWER RECORDS and signing multiple artists. The roster included: MC Breed, DFC, Gangsta Pat, S'kool Girlz and Candy Fresh. 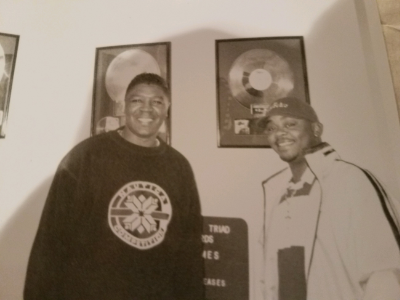 POWER RECORDS entered into a distribution deal with Atlanta based Ichiban Records through which POWER RECORDS launched MC Breed’s first hit, "Ain’t No Future in Yo Frontin"; making Breed a star and selling over 1,000,000 copies of what has become a rap classic. POWER’s roster expanded with the addition of Spice 1, Black Jack and Black Dave [Big Mama's House] on Triad Records.

Spice 1 was subsequently signed to Jive Records releasing three Gold recordings in secession. POWER’S reputation continued to grow in status “now” as an independent watched by the majors. The company began a label deal with Assault/Atlantic Records and released the debut recording by DFC. The album met with impressive success selling over 400,000 copies and climbed to #7 on the Billboard R&B Album chart. In 1997, the hit single, "Da Dip" by Freak Nasty sold millions of copies. It was nominated for Best Dance Record and Video by MTV. “Da Dip” was the top single on the Billboard chart for 56 weeks overtaking the Beatles record. The huge chart and sales success helped placed POWER RECORDS among the top Independent Labels.

POWER RECORDS continues to be a major player in the music industry by building a brand while doing what we do best - Being Smart and Making Hit!

OVER 25 YEARS OF HITS